Photos courtesy of Claire Swale.
We thank Claire for her excellent coverage of this years IDW show.

Sale top of $10,200 was paid for Munden Farms Rubicom Maiden, a 4 month heifer from a 7th gen EX & VG dam with the 2nd dam Magic Park Shady Maiden, EX 93 the 2019 Adelaide Royal Grand Champion and winner of the Aged Cow class at IDW earlier in the day. She sold a/c Munden Farms of Nilma, Vic to the Sunny Acres Syndicate of the USA. Lot 1 Geelunga Burdette Dea (Imp.ET) a/c Greg Edmonds, SA had won her class at IDW earlier in the day and was the first Ayrshire to be sold in Australia from an 8th gen EX dam, she was purchased by Saunders & Day for $10,000. The same vendor also sold the next high priced lot at $9,500, this was for the ‘Pick’ of the entire Geelunga herd and sold to the partnership of Munden Farms and W & A Macadam.

Fourth high selling lot at $6,200 was the stylish young cow Hillcrest Gentle Rose a grand daughter of the EX 92 Garth Rose cow bred from the famed Parkvale Rose family, she was purchased by B & M Hayter of NSW.

Selling agents Dairy Livestock Services report 20 Ayrshires av $4,438 to be a new Breed record, buyers were from SA, Tas, NSW, Vic along with the USA & NZ.

2020 IDW Ayrshire Conference Sale entries need to be submitted for selection by the end of September.

“Palmyra Acclaim Bradman” semen has been made available for sale by ST Genetics, with all sale proceeds going to the 2020 World Ayrshire Conference as sponsorship.

Available for a short time at $6 +gst per dose. Stored at a licensed AI centre. 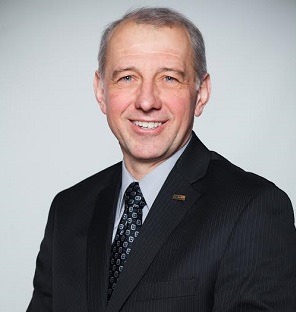 The 38th Annual Ayrshire Fanfare Sale will be held on

Monday 6th May at 1.00pm
at the Camperdown Showgrounds, VIC.

The World Photographic Competition public vote is now open to select the Peoples Choice winner from each class:
http://www.worldayrshirefederation.com/news/527/