A massive congratulations to the Australian Ayrshire breeders who represented the country in the 2015 Ayrshire World Photo Competition. Fantastic results all round and it just goes to show how competitive Australia is on the world stage. Keep up the good work! 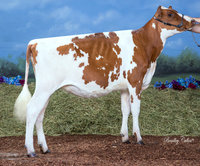 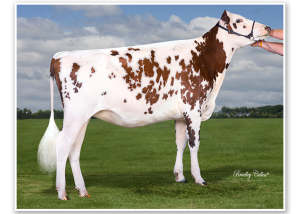 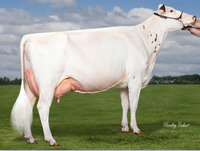 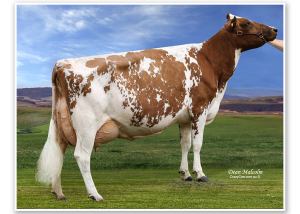 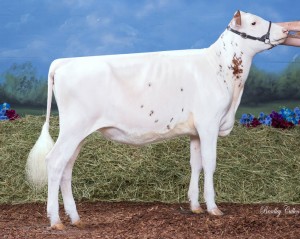 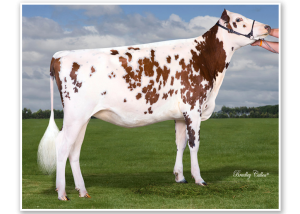 The 2015 Elite Ayrshire Sale will be held on Tuesday January 20th, 2015 at International Dairy Week at the conclusion of the Ayrshire Judging (11.30am).

All lots from JD 7 or higher herds

IDW 2015 is gearing up to start on Sunday 18th through and will finish on Thursday 22nd January.

Judging to commence on Tuesday at 8.00am.

Duncan Hunter is from Berkhamsted in Hertfordshire, just outside the famous M25, London’s orbital motorway in England. He is married to Sarah and they have four children. He has been a breeder of Ayrshire Cattle all of his life under the Haresfoot prefix. He sold his herd in 2011 for a record breaking average price in the UK and this was due to the purchase of Haresfoot Farm and has since developed a new horse livery business and commercial lettings at the farm. Duncan is still is involved in breeding through his syndicate partnership under the prefix Smartmove.

During his time as a breeder, Duncan was very fortunate to have bred some great families which helped him to achieve high yields and phenomenal show successes. The families who did particularly well and who are world renowned are the Bella, Ella and Pamela families. Over the years he has judged most of the major shows in the UK throughout England, Scotland, Wales and Northern Ireland including the National All Breeds Calf Show, Royal Highland, South West Dairy Show, Great Yorkshire, the new UK Dairy day and Balmoral amongst others. He has also judged in Finland at the National Show and also the Finnish Showmanship Championships at the Winter Show. Duncan has officiated in numerous supreme Interbreed championships and has also judged most of the other dairy breeds on many occasions.

Since 2011 Duncan has worked for the UK Ayrshire Cattle Society on a part time basis as Assistant Breed Secretary. In May of 2014 he was taken on as full time Breed Manager for Ayrshires UK. His job involves developing the breed in the UK for the future, solving membership problems, promotion and publicity, representing the breed at industry level, arranging, running and assessing breed judging schools for members, resolving any registration and classification problems and the list goes on! He also sits on the board for CDI (Centre of Dairy Information), is manager of the Breed Heritage committee and represents the UK for the World Ayrshire Federation.

Duncan is both thrilled and honoured to be invited to come to Australia to judge the Ayrshire Show and Australia’s Supreme Champion Dairy Cow at IDW 2015, and looks forward to meeting the people of Australia and officiating at one of the world’s largest agricultural events.

January 1st, 2015 marked the date of a new era for the Ayrshire Breed in Australia. The newly formed organisation of “Australian Ayrshires” commenced, bringing together all Ayrshire Breeders under the one unified banner.

To celebrate this milestone event, the forming Committee of Australian Ayrshires would like to invite you to attend an informal get together which will be held on the night of Tuesday January 20th, 2015 following the Ayrshire Judging at International Dairy Week. This event is to be held at the Tatura Tennis Clubrooms which are located adjacent to the IDW showground, commencing at 6pm.

Bar facitlities will be available for purchases during the night from the Tennis Club, and your meal being complimentary on behalf of the Australian Ayrshires group, we look forward to it being a great night.

The annual Ayrshire BBQ will be held on Sunday the 18th of Januray, 2015 at International Dairy Week.

Located near the shower block by the camping ground.

All-Australian winners will be announced at the conclusion of dinner.